A Few Affairs with Extra-Marital Affair on Movies

The other day my friend Leila commented on a picture I posted on Path, “I love movies about glorified extra marital affair!”

The picture she commented on is a scene from Same Time, Next Year, the 1978 film about a married man and a married woman embark on a love affair for 26 years without divorcing their respective spouses. I have spoken about the film quite a number of times either here or on Twitter, which is obvious enough to say that it ranks as one of my all-time favorites. 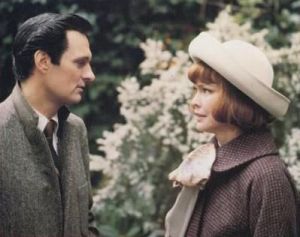 I am sure that those of you who have watched the film will be drawn to the charismatic characters, and cannot help liking the film, despite the questionable premise as I mentioned above. After all, when we talk about film, we talk about a whole different world of make-belief and the film succeeds.

In fact, extra marital affair makes a very interesting subject to be brought to big screen.
I’m sure many films on the said subject immediately registers to your mind as we speak.

Alright, the film is an extreme example of extra-marital affair as many of you who have seen the film will agree.
But let’s take another ‘softer’ example: Love, Actually. Not exactly buried under the story of Prime Minister having a crush on his assistant, or Liam Neeson’s kid falls for his class mate, we get a very heartbreaking scene where Emma Thompson finds out about her husband cheats on her by realizing that his secretary gets a much more expensive gift. 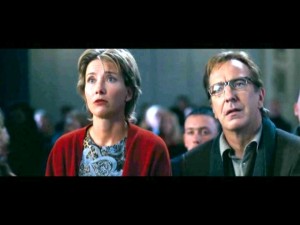 There’s no stopping for these films to keep on coming to our screen. By nature, we are voyeurs, who like to peek into other people’s problems in anonymity.
What we cannot express in real life, we see it in non-real life, or in this case, reel life. We see projected images that have been edited, enhanced with music, proper lighting, dramatization carried out by people far better looking than anyone we see in real life, especially spouses.

In short, we escape to fantasy.

Who wouldn’t want to be embraced by an adventurous photographer with a heart of gold a la The Bridges of Madison County?
Or meeting a stranger on a train and spending afternoons together the way Brief Encounter unfolds?
Or having a handsome neighbor, a stay-at-home dad who make great love in washing machine the way Patrick Wilson and Kate Winslet do in Little Children?
Or, in arguably the greatest film about love affair, being an object of obsession by men who embraces rain, war and defying oaths made to God in The End of the Affair? 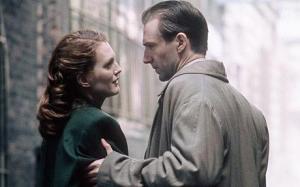 The End of the Affair

The fantasy continues, so much that we can never say ‘no’ to these films. In fact, I have no trouble recalling extra-marital films I have watched over the years as compared to, say, war films. Suffice to say that when partners get caught doing affair is a war on its own, with words replacing bullets, as vividly displayed in both Carnal Knowledge and Closer. Both films happen to be directed by Mike Nichols, known for his penchant of sharp wits that shoot straight to heart.

Ah, wits and witty lines. Another case of how films becomes our source of ‘if only I could …’ is the dialogues that we often wish we could say to our beloved ones.
Be it in romance or in fight, don’t you wish to say what Woody Allen writes in Match Point or Husbands and Wives or majority of his films, basically?
Or keeping mystery to each other a la Maggie Cheung and Tony Leung in In the Mood for Love?
Or even in making decision, and accepting infidelity without having to hurt anyone involved, the way Winona Ryder powerfully masters in The Age of Innocence.

The Age of Innocence

But none tops our eternally dying wish for resolution of the whole affair.

What do the aforementioned Same Time, Age of Innocence, and Madison County have in common?

The answers may vary, but to me, they represent the idea that sometimes, it takes the one outside a marriage to keep the marriage intact. A stranger may come into a life to seemingly disrupt the life, only to make it strong and solid, again.

In a very steamy manner, but achingly heart-wrenching, we see this in Unfaithful.
In a more realistic manner, we reflect ourselves in Italian The Facing Windows.
In real life, a lucky few get away, but mostly, we have to choose.

And when we are pressed to make a choice, we seek films to consult. That is where the wish for a glorious affair begins.

At least a very glorious affair with films, and how they change our life.