An early summer blockbuster session, two local films that surprise me not in a good way, and a home-viewing discovery that pleasantly surprised me given its medium.

Summer blockbuster this year comes way early with the arrival of senseless, loud and illogical entertainment that less than halfway through the film, we realize that this is Independence Day reboot. Strictly for fanboys of either the game where the film is based on, or those who cannot get enough of Transformers, the film prompts you to leave brain at the door, and forcing you to enjoy sound and visual effects at full galore. Too bad character developments are left past behind, replaced by nothing but machines.

Cannot recommend this enough! Immediately after watching the film, I wish to purchase the DVD for repeated home viewings. Taking and enhancing its bromance plot, and mixing it with a few pretty high-octane action scenes, the remake hardly mirrors the original series apart from the title and welcome cameos of original casts. Perhaps this is the successful key of rebooting old franchise: go bold, and wild. This film succeeds. 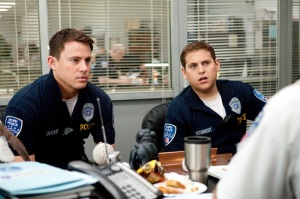 How I wish I could like the film, but I cannot. The film unwittingly falls victim to the dangerous trap of an omnibus project, i.e. comparison is inevitable, and if comparison cannot be measured, the whole content looks and feels the same. In this case, it doesn’t do favor to the experience in watching film. A tedious sit-through, each and every short film (having 10 films in one feature is a bad idea on the first place) is seemingly carved to be a pretentious art-house fare. It’s a missed opportunity of otherwise potentially witty subjects.

Boy, how can an 87-minute thriller feel like almost an endlessly torturous sit through? The entire concept suits a short film better, which is apparent in the weak midpoint that suggests the narrative storytelling runs out of steam, and this dampens the interest in unveiling otherwise crucial revelation in the end. Technical aspects are brilliantly executed, which is the only saving grace of the film. One can see the film is meant to provoke extreme reaction on the opposite sides of like and dislike. Appreciate for bringing a notable diversity in local cinema unlike anything we have ever seen, but it comes with a certain unfavorable price. 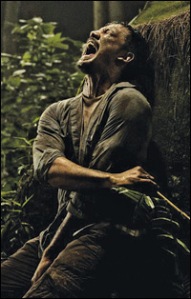 Gorgeous costume, lavish set design, terrific production values, and that is pretty much what we remember from the film, in addition to the famous theme song of the same title. The story is too convoluted with background stories and additional plots that we are left confused on tracing Barbra Streisand’s character. Alas, one resorts to the aforementioned qualities we usually see in Vincente Minnelli’s productions, and for those only, the film does not disappoint. 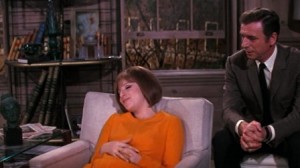 On A Clear Day You Can See Forever

At the moment of writing, I am yet to watch Airport ’79, the last one in the series. But in comparison to the two predecessors, this is the weakest of those two. Despite being carefully crafted and cast, the sheer joy that makes us excited in watching the plane accident, no matter how silly it can be, has gone. The potential is there: how can you not get excited over a plane that sinks in the ocean, and eventually floats? Yet, the film tries hard to be serious that it fails to amuse even laziest viewers.

This is a surprisingly effective TV-movie that depicts behind-the-scene saga of finding the right actress to play the coveted, if not ultimate, Southern belle. Every actor is made up and touched up to bear striking resemblance to old Hollywood stars, and their performances go beyond mere mimicry. An enjoyable piece from start to finish, the final scene leaves us smiling as the war is met with a satisfying, peaceful result. 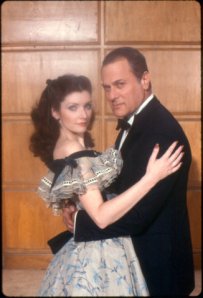 ← If today is your birthday …
Films about the Making-of-Film →