RSS
← Guess the Oscar! (Like You Know and Watch All the Nominated Films!)
If today is your birthday … →

Welcome to these short film reviews, or what I presume as the bearable read for those on the move with smart phones, mobile laptops or tablets, and not desk-bound computers who do not like having too many to read.
Trust me, the feeling is mutual.

I hope the series will be done regularly, with accumulative pieces of reviews rather than making single entry blog for each film like you used to read.

In addition, films watched in cinema and at home need to be separated. We attend each of the film-watching experience differently, and that reflects our perception towards the movie.
Feel millions of times much cooler after every vague word.

Without further ado, presenting the first edition of Less Than 100 Words Film More (after the cut):

Michelle Yeoh bears eerily physical resemblance to Aung San Suu Kyi, and this alone contributes in making the overlong film worth to watch. Chances are, though, you’ll be left impressed with the portrayal of David Thewlis as Michael Aris, the character of which the story strangely is given greater focus than her struggling wife. Luc Besson excels in small, intimate moments (try fighting back emotions when Yeoh shakes her shoulders in disappointment after her husband is taken away), but he forges this too often and replacing it with snippets of events. 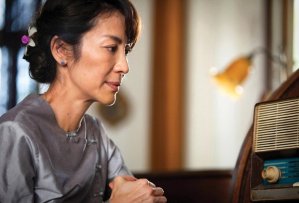 This is the second viewing in regular release after I watched it in INAFFF last year (and made it as one of my most memorable filmgoing experiences of 2011). The film surprisingly holds up very well, and subsequent broadcasting in TV is very likely to pull big rating. Collective sighs are heard after each fighting scene, proving that the film is built upon relatively strong foundation of storytelling. 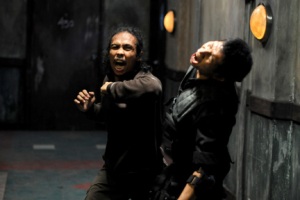 Made up of five short films, the omnibus project is hardly due to the string of lackluster entertainment it provides, so much that the sole worth-watching piece in the end cannot save the entire project. The first (Pasar Setan) benefits from panoramic shots and excellent production value, but the concept is not clear. The second (Wayang Kulit) turns to be good in paper only, and the third (Kotak Musik), with unnecessary TV-soap treatment, could easily be written off. The fourth (Palasik) confuses us with lack of clarity in the plot, and the finale (Loket) gives a genuine thrill. 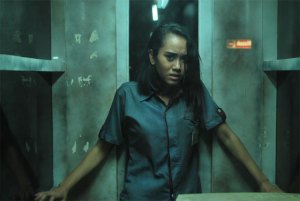 In short: In the Mood for Love meets Before Sunset. In more elaborate words, it is an undeniably romantic film that keeps you wondering the relationship between characters way until the end credit stops rolling. Resting solely on the playful game between Juliette Binoche (in her best yet) and first-timer William Shimell, the riveting film from astute direction of Abbas Kiarostami keeps me glued from start to finish. Twists are cleverly thrown in to keep the film moving, and to make the characters lovable. Much like choose-your-own-adventure book series, this is the film worth revisiting countless times. 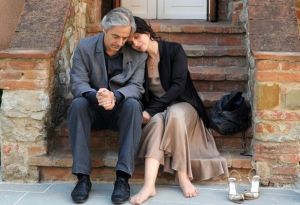 Another superb example of “it’s so bad that it’s good”. You cannot get more cheesy than having lines like “the stewardess is flying the plane!”, but the line and many other cliches here make the film a totally brainless, enjoyable viewing. Of course it helps that all the stars are game enough to give believable performances. Otherwise, Karen Black would laugh when a stewardess like her has to fly the plane under open sky! 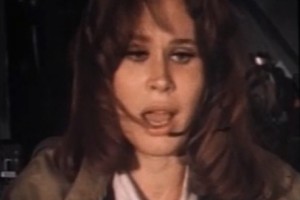 This is the meaner Mean Girls with shoulder pads and big 80s hairdos. What makes this fun to watch is its unforgiving dark humor that too far ahead of its time. Matched that with smirking Christian Slater and Winona Ryder in her edgy performance that screams “I cannot wait to get adult roles soon!”, this is a fearless yet accessible films that fit nicely somewhere between prime time and late-night viewings. 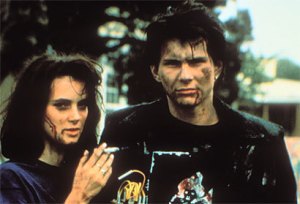 Max Ophuls directed this classic woman film with assurance and grace to avoid the trap of being mere tearjerker, and what we see almost a century later is a work of art. Stylishly framed, the overall film is a pleasant sight, and tight storyline that never goes out of focus presents leading characters with yearning emotions that we never wish to say goodbye to them. Eventually, we have to, and we are left with lasting memory. 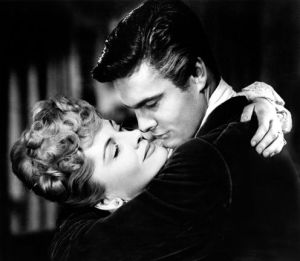 Letter From An Unknown Woman

← Guess the Oscar! (Like You Know and Watch All the Nominated Films!)
If today is your birthday … →